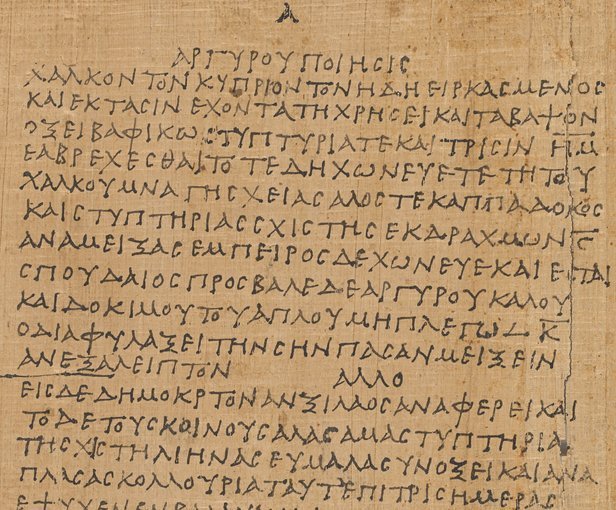 The Sumerians were among the first populations to to tan skins, using various methods (aldehydes, essential oils) and Galls tannin.

The techniques of vegetable tanning were later perfected by the Babylonians, the Egyptians and the Persians, who used plant extracts both for tanning and dyeing the hides.

In those days, leather was an important component of military clothing and considered indispensable for the craftsmanship of many common objects, such as horse harness.

Leather also allowed to create more comfortable and resistant shoes. In Tuscany, the Etruscans inaugurated a long tradition in vegetable tanning, which still continues today in the same territories.

The Romans perfected the method; they were among the first to regulate the tanning activity, laying the foundations of art and crafts medieval corporations.

The naturalist Pliny relates that were used predominantly Oak and Sumach galls. Just like today.

(In the picture: the Papyrus Graecus Holmiensis, or Stockholm Papyrus; compiled in Egypt using the Greek language, contains instructions of various craft processes, including dyeing of fabrics, coloring of gemstones, imitation of gold and silver).