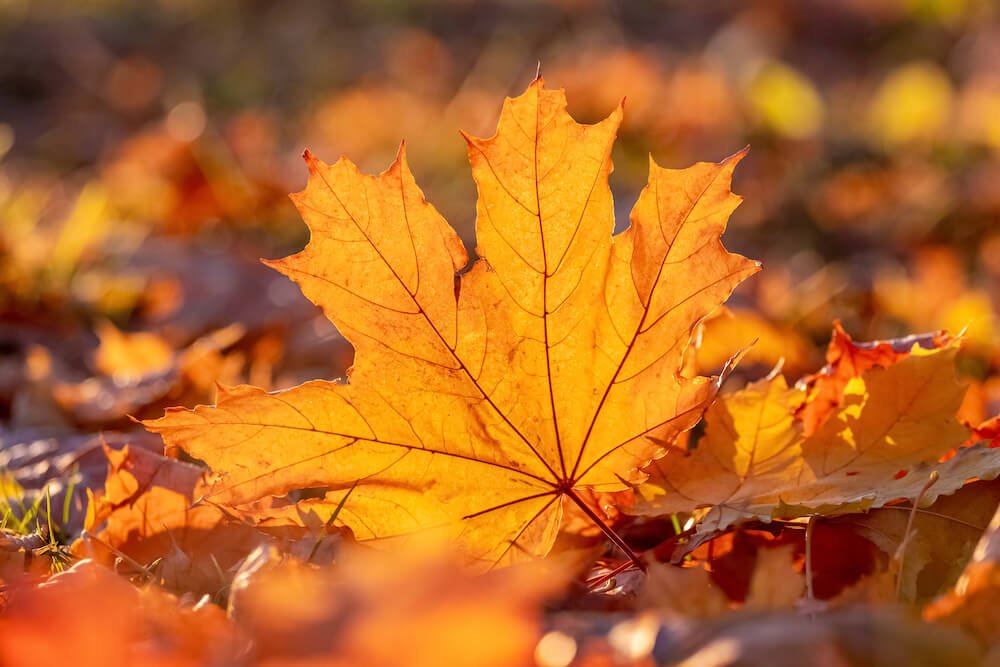 Trees in autumn turn into bright colors, yellow or red, not only because chlorophyll disappears, but also because of tannins. In nature, many compounds of the falling leaves are destroyed and recovered, such as chlorophyll. But leaves also accumulate tannins: taste a yellowed oak leaf, its astringency is strong (remember the first chronicle, it is the sign of tannins). It is much more astringent than a green leaf!

Depending on the species, some tannins are colorless, others are red (anthocyanins) or yellow (flavonoids). But why do leaves accumulate tannins, whose production requires a lot of energy?

A first explanation is the protection of leaves from light. Having lost chlorophyll, and thus the photosynthesis that absorbs the light, the leaf becomes sensitive to the sun. It risks damage, just like human skin when exposed to light. Tannins, which absorb ultraviolet and visible light, are a kind of sunscreen. These polyphenols protect the leaves while their cells recycle their precious nutrients, transferring them to the branches before falling.

In addition, tannins release some of the absorbed light in the form of heat, slightly warming the leaf during the cool autumn mornings, and activating cellular life! Autumns are brighter and cooler in North America and Asia: in fact, trees in these regions are more colorful in autumn than in Europe. This is probably an adaptation to the higher risk of light and cold damage in these regions, which impairs the recovery of other leaf compounds.

It seems that this coloration is also a warning to parasites! They come to lay their eggs for the winter, sheltering inside the buds or under the bark of trees. Tannins are toxic to them. The intensity of a tree’s coloration reflects its ability to produce tannins, which require energy: colors thus reflect its health status and ability to defend itself from insects. This is the reason why insects avoid the most colorful trees.

Thus, the autumn colors of trees have several functions, both in the protection of leaves before falling and as a warning signal for parasites. But that’s not all: the next episode will reveal a little-known function of these autumn tannins…