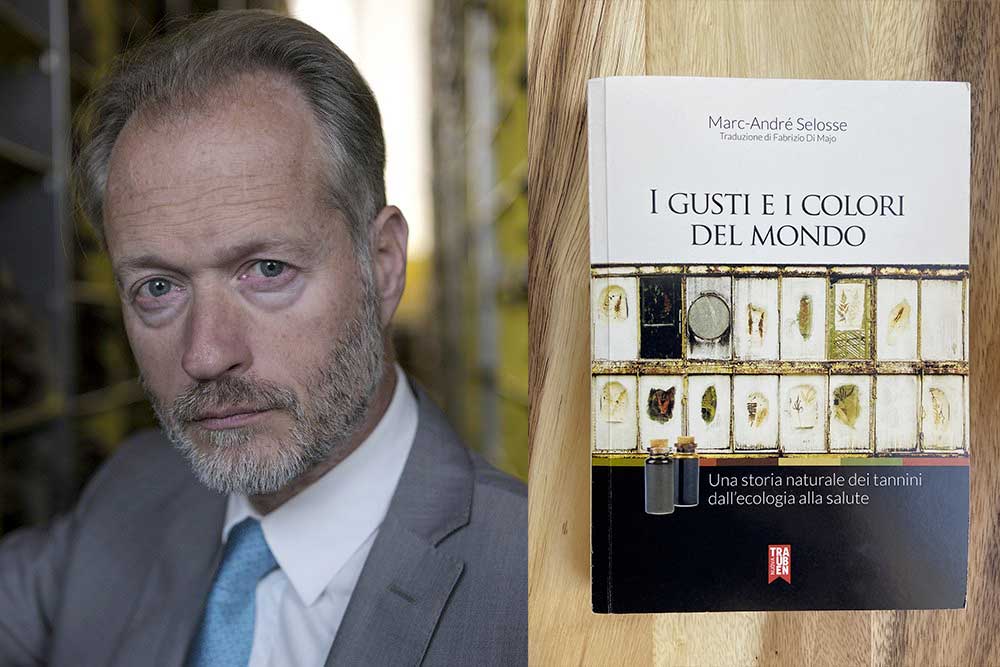 The Tannins.org project is enriched by a prestigious collaboration involving Marc-André Selosse, one of the leading specialists on tannins. A well-known biologist and mycologist, he collaborates with famous universities in France, Poland, Brazil and China. He teaches at the National Museum of Natural History in Paris and is a member of the Botanical Society of France and the Academy of Agriculture of France. In 2017, he was made a knight of the Ordre du Mérite Agricole, which was followed in 2022 by his appointment as an “Officer” of the same order. He has published more than 190 scientific articles; among the journals that have hosted his work are the renowned Nature and Science.

Parallel to his academic work and scientific research, he carries out fervent outreach activities to disseminate to a wider audience the discoveries made over many years of investigations on these, perhaps little-known, but incredibly fascinating aspects of Nature. In 2019 he published the book The Tastes and Colors of the World, entirely devoted to tannins.

Prof. Selosse has agreed to hold a column for Tannins.org called “The tannins chronicles”: a periodic appointment in which he will address tannin-related topics from a scientific point of view, but always in the familiar language that helped make him known and loved by the mainstream.

To learn more about Selosse, you can consult his Wikipedia entry and listen to his talk at TEdx Talks:

Keep following us to make sure you don’t miss any upcoming tannin news!