How to get rid of foot odor: when hygiene is not enough 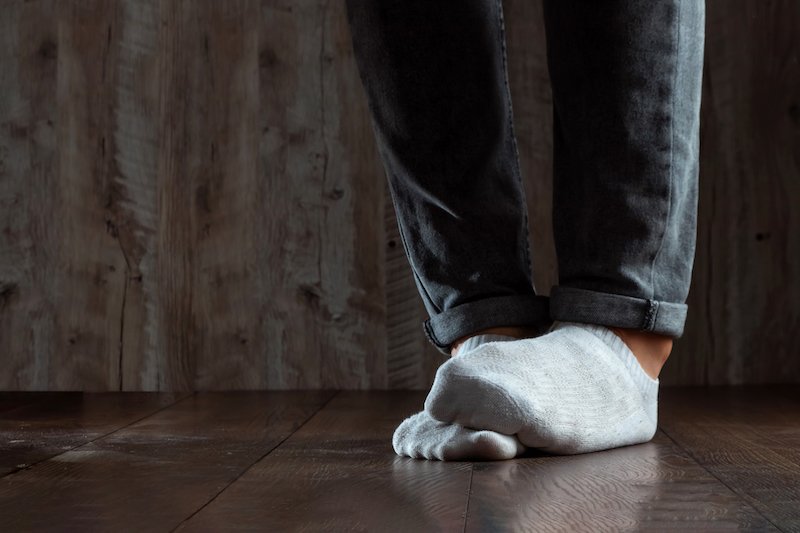 Smelly feet are a recurring problem, which affects both men and women, that can cause severe discomfort, and even shame. One thing that not everyone knows, however, is that the bad smell of feet does not concern personal hygiene at all, even though it is commonly believed that this is the real cause.

In fact, feet can smell even just after washing. This happens because the smell does not depend on the hygiene of the feet, but on the shoes material. Inside the shoes a moist and wet environment is what favors the proliferation of bacteria commonly present on the skin of the feet, the so-called “microbiota”.

These skin bacteria are basically harmless, but among them it is possible to find Escherichia Coli and Staphylococcus, the ones responsible for the outbreak of the stink. These bacteria feed on sweat and degrade the proteins into volatile short chain fatty acids, the molecules causing feet odor.

By multiplying, these bacteria affect the inside of the shoe colonizing it, so once the shoes are put on even when the feet are just washed, they make them smell.

An experiment shows that shoes stink, not feet

The problem, as we pointed out, is not the foot hygiene, but the material the shoe is made of. The WellMicro laboratory spin-off subsidiary of Alma Mater Studiorum – University of Bologna demonstrated this through an experiment. How?

The result of the experiment showed that in the synthetic shoes the bacteria tended to multiply, causing feet to smell.

Clearly, to get rid of foot odor hygiene is not enough, since each participant maintained the same standards of personal hygiene for both feet: in the synthetic shoe bacteria continued to grow exponentially, while in the shoe made with vegetable-tanned leather bacteria proliferation was inhibited.

When staying for a long time in a synthetic or plastic environment that does not make them breathe, feet absorb the bad smell. There are many deodorant sprays on the market, claiming to have an unrealistic anti-odor power that could help to solve this issue.

These products, however, have a mere momentary effect and, indeed, tend to cover up the bad smell as soon as they are sprayed, but after a short time they prove to be completely ineffective. Moreover, many of these products are actually chemical and hinder foot transpiration, sometimes causing unwanted effects, especially in subjects with delicate skin or suffering from allergies.

The only real solution to get rid of smelly feet is to choose shoes that make the foot breathe, that is shoes made of vegetable tanned leather. In fact, during the tanning process, tannin, a natural extract coming from the wood of trees such as chestnut and quebracho or from tara pods, binds to leather, transferring its antiseptic and transpiring properties.

Vegetable tanned leather makes the skin breathe, absorbing sweat and avoiding the creation of environments favorable to bacterial proliferation, prevents the formation of the molecules responsible for foot odor.

You can find out more about which cookies we are using or switch them off in settings.

This website uses cookies so that we can provide you with the best user experience possible. Cookie information is stored in your browser and performs functions such as recognising you when you return to our website and helping our team to understand which sections of the website you find most interesting and useful.

Strictly Necessary Cookie should be enabled at all times so that we can save your preferences for cookie settings.

If you disable this cookie, we will not be able to save your preferences. This means that every time you visit this website you will need to enable or disable cookies again.