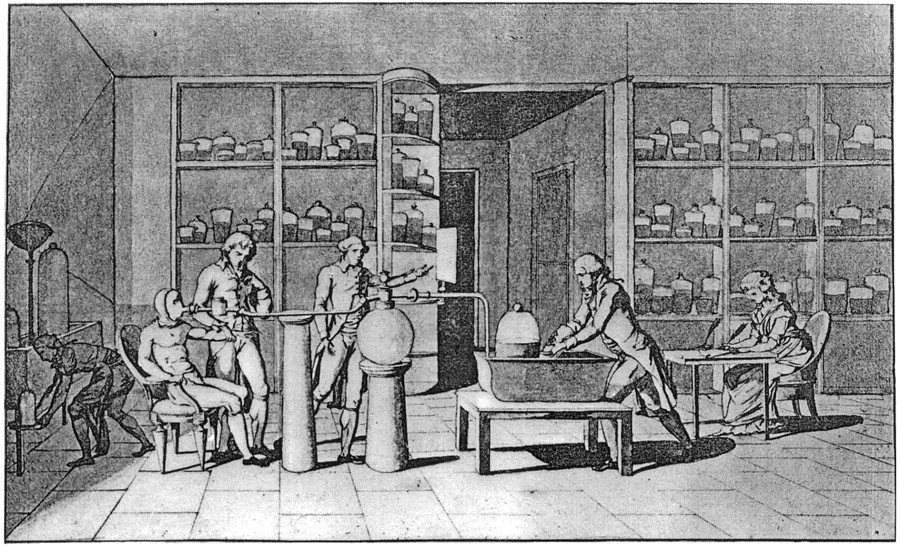 The Eighteenth century sees the birth of a new method of study of Nature, based on a systematic approach. These are the years of the encyclopedias, of a new relationship between Man and Nature.

The study of sciences, and in particular of chemistry, makes a considerable leap forward. In 1796 the French scholar Armand Seguin publishes an essay in which for the first time uses the term “tannin” to describe the plant based extracts used in the tanning processes (from the verb French “tanner”, “to get dark”).

The main image of this post is an engraving of the late Eighteenth century that shows Seguin in laboratory with two very special collaborators, as well as his dear friends: Mrs. and Mr. Lavoisier.